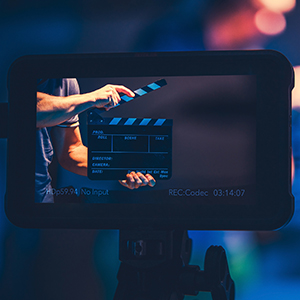 Telling Our MPE Stories Through Film

We’ll discuss how film plays a role in spreading our MPE stories and educating people about the complexities of learning your parent is not your genetic parent. Commentary with Diana Nolan from Bombshell Media, David Bynum – producer of the documentary “From a Place of Love“, and Wendi Babst – subject of the HBO documentary “Baby God.”

Diana is a showrunner and executive producer with Bombshell Media known for shows that leave an impact and get people talking. Her sensitive approach with talent helps build a deep bond with audiences.

Having worked in unscripted television for over a decade for major networks like FOX, Investigation Discovery, Travel Channel, HGTV, Discovery, National Geographic, A+E, DIY, Lifetime, Food Network, and others, Diana has developed an eye for discovering fresh talent, unique concepts, and has an expert grasp of storytelling.

David was born and adopted at birth in Columbus, Oh. He began his search in 2018 and is currently in reunion with both sides of his biological family. He is a married father of three and grandfather of six. He is a U.S. Army Veteran and Retired Correctional Officer. David Recently retired from coaching High School Football at Reynoldsburg High School due to the Coved – 19 pandemic. David and his wife Marie own ByDam Multimedia, which is the parent company to Star107fm.com an online radio station that has a global presence. His company recently produced his latest award-winning documentary release, “From A Place of Love – My Adoption Journey” which is gaining national attention in the adoption/foster community. David enjoys traveling, boating, fishing, and spending time with family.

Wendi retired in 2016 at the rank of captain after serving over 31 years with the Clackamas County Sheriff’s Office in Oregon.  She has been employed as a criminal justice instructor for over 12 years, and she is currently providing instruction at two Oregon colleges.  Wendi holds a Bachelor of Science degree in Criminal Justice from Southern Oregon University and a Master of Public Administration degree and Public Safety Management Certificate from Portland State University.  She is a graduate of the FBI National Academy in Quantico, Virginia.  In 2018, Wendi discovered she was conceived through fertility fraud and her story is featured in the HBO documentary film Baby God (2020).