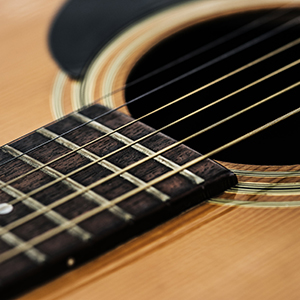 Artists Journey Through Their MPE Discoveries

Join the multi-talented Cory Goodrich and Dan McKinnon as they discuss how music, art, and writing has helped them through their MPE discovery. And enjoy some fabulous music!

Cory’s show is a musical memoir of love and longing, an emotional ballad of grief and forgiveness, an ode to self-discovery, and a heart-stirring look at the lengths to which a family will go to protect themselves and each another. A five-time Jeff nominee, Cory is an award-winning actress and has performed on stages across the country, and has been seen on television in Chicago Med, Chicago Fire, Chicago Justice and the upcoming Ripple Effects, as well as numerous commercials.

She is also a singer/songwriter, producer, author, and recording artist with two award-winning children’s CDs, Hush and Wiggly Toes, a country album, W.O.M.A.N, six Season of Carols CDs (Season of Carols, Holiday Music to Benefit Season of Concern, which garnered over $200K for the charity.) She also co-produced The Second City Divas, Live at Mercury Theater CD with Eugene Dizon. The winner of the 2015 Cohen-Grappel Recording Endowment, Cory recorded a folk album, Wildwood Flower, a collection of traditional and original folk songs featuring the autoharp. This year her first book, Folksong: A Ballad of Death, Discovery, and DNA, was published. Its companion piece, the album Long Way Around, dropped in August and was produced by Ethan Deppe of The Quiet Regret.

Toronto-based blues/rock guitarist Dan McKinnon has been working hard to establish himself as a Canadian Blues artist on the rise. Along with being a previous winner of the Toronto Blues Society’s prestigious Talent Search and the Amy Louie Grossman’s Music Scholarship, his latest album, The Cleaner (2018), is a ten-song collection of raucous, hard-hitting blues/rock that received widespread critical acclaim in the Canadian Blues Community and was nominated for Best Self-Produced CD at the 2019 International Blues Challenge.

Called “an artist to watch” by esteemed music blog American Blues Scene and “one of Canada’s finest emerging blues-rockers” by the industry leading website, Rock & Blues Muse, his upcoming album, Little Victories, is slated for a Spring 2022 release.